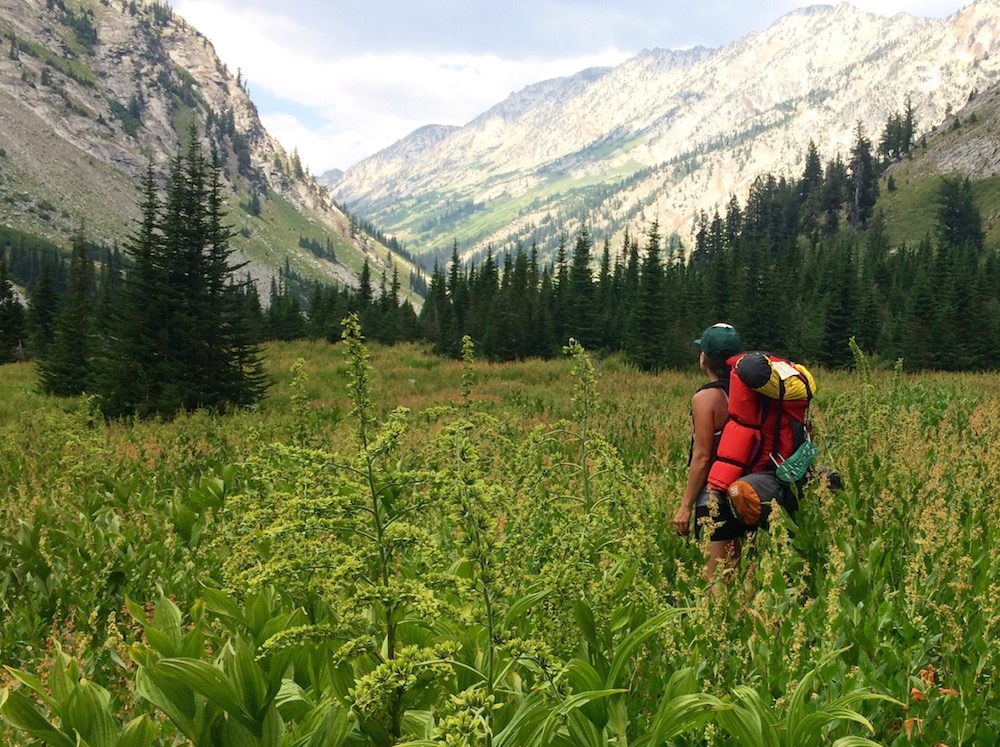 No longer just thirty, and what a weird (good. hard, but truly, truly good) year it was.

Field notes; roughly chronological by phases of the moon:

I. January 22. I have no recollection of what I was doing on this date last year. Several archived photos on my iPhone provide clues that I may have gone for a hike in Forest Park and looked introspectively at moss on a downed log. I was alone. Did I celebrate my 30th birthday later that day with friends? I honestly cannot tell you. I hope I at least stayed awake past 9-o’clock.

II. I decide I want to be engaged even though I know that I really, really don’t. I look at gemstones frequently. I pour my hope for an already failed partnership into pretty little stones, bookmark them, learn their names and the variety of colors in which they exist across the earth. I write notes to myself that I have finally settled down; that I want Commitment now after being so afraid of it for so long; that I, the little homing pigeon who was always crossing oceans, have suddenly discovered this oddly impatient urge to have my own nest somewhere. I confuse this need with the false belief that if I just muster enough faith, this time, I can fix what has been broken from the start.

III a. Staring out the window at blurred terrain somewhere near Wolf Creek, CA, I am overcome by deep pangs of loneliness, the dusty beat drumming into my eyes from pastoral Americana and the rundown double-wides cultivating tall grass underneath a weeping willow, truck skeletons rusting sullenly in the shade.

III b. There is a dock on the southeastern shore of Lake Tahoe that stretches beseechingly toward a horizon of water mirroring sky—or is it the other way around? Strangely, despite such a setting of peace and grandeur, a lie of love that so terribly wants to live cannot muster the capacity any longer. Things fall apart and the center cannot hold.

IV & V. Survival mode. I watch a lot of Grey’s Anatomy for the catharsis by proxy. I can’t let go right now. There are papers to finish and exams to pass. So I cry instead for Cristina Yang (Better this than drugs). I start working in long-term care, and break all the rules about maintaining emotional and professional boundaries because I see my now-dead grandmother in everyone. They are all trapped and dying slowly.

VI. I take refuge in vulnerably true friendship and open highways. We decide there is nothing to be lost in attempting to manifest destiny, so we shout it silently through a mystic doorway of wind-bent pineboughs on a mountaintop in eastern Oregon and hope the Universe is listening. We also take great pleasure in tallies. We go everywhere and tally everything; the counting makes up for the lost and stolen accomplishments of the past two years, for now anyways.

VII. I am barefoot in my sidewalk garden, deadheading marigolds by starlight. He pushes a shopping cart under the bridge, into a lawn of browning grass soaked with dog piss and litter, carrying an alto tune over the rattling clatter of the cart’s wheels on uneven concrete. I hear him still through the door, echoing in the night’s black currents. This week, at least three patients have whispered into my ears that they wish to die, each one asking what did I do wrong? I listen to the man jostling his cart down the darkened street and wonder if there is, in fact, an honest-to-god right way to do anything.

VIII a. I am temporarily cocooned. In that hush, that honey glaze, that lavender-scented dream-time heart-wincing eye rub. In that space in between the drifting off with fingers intertwined and the waking up to the illustrated curve of a coyote’s shoulder outlined by the light of a runaway boxcar. In between the knowledge that carnal does not equal connected, does not equal considered, does not equal seen. In between being everybody’s muse but nobody’s baby—that record has been spun a few times round this room, for both me and this wily beast, but such a truth is only leaked through the muttered scars of a whiskey-soaked, starlit confessional and neither of us can hold our liquor. I don’t have a sledgehammer big enough for this wall, don’t have enough swagger for the currency anyways. I laugh too easily for the Coyote’s taste. It is for the best.

VIII b. I am a born again hooligan, ready to be queen again. I demand that I will no longer be loved with an asterisk. I ride my bike all over the city of Portland at night, speeding through hushed neighborhoods in the sultry dark, feeling both anonymous and powerful.

IX. A haggard face keeps appearing in my dreamtime world, unwelcome and startling. I awaken as a knot of limbs and sheets, angered in the half light, wondering why I don’t seem to have a say in all this. Who keeps letting this parade of sorrows into my room during the night? Or is it that I am burning a candle on the sill, beckoning to the graveyard bones, allowing them to rattle around on the tile while I cover up in my new wolf skins whispering “I’m alright.” Is it that I must gather them up in my arms, these bones, and retrace my fingers along the cracks and chips—still? I don’t know what else to see in them. I am tired of looking.

X. I find something heart-piercingly reassuring about the sight of a flock of sparrows flattering the sky in a southerly V to signal the crispening edges of autumn. And the phantom creep of ground fog over gourd patches and rye grass, or the smell of ripe, October mud punctuated by the flicker of pomaceous fruit; apples in an oak barrel, settling upon each other like the bones of a house.

XI & XII. A door reopens. Before, I’d all but slammed it shut, but this time I decide to walk through. The other side is like nothing I have believed in out loud, but truthfully, I’d felt it swimming ’round whimsically in the marrow of my rib bones many times. I am living a film to life, it seems. I am burst open, electrified atoms, whales singing underwater, poetry shouted at the foot of a bed at 3am. I am campfires until sunset turns to indigo ink and smolder, the scent of day-old woodsmoke lingering in unwashed hair, a mouth that is never satisfied. I am crocuses unfurling in the promise of Spring, the blush on cheekbones long hidden from sunlight, I am a hand being held to tell a story about a girl in a bar.