The end of an era has come and gone. It was bittersweet, frustrating, there were some tears and arguments, and I skinned two of my knuckles while trying to carry unwieldy, heavy boxes through a doorframe. We all moved to new places, and said goodbye to that magical, unbelievable two-year stint we had together in the house by the water. It was a lot to say goodbye to. I still find it hard to believe that much of it happened at all. But we have the visual evidence to prove it, at least. 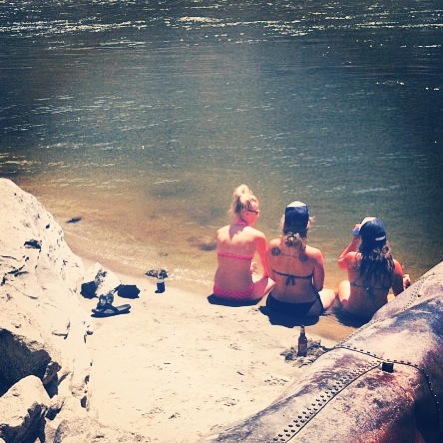 And where did I move? Well, naturally, to a 27-foot, faded orange sailboat named the Kabeki. If you remember, she came to Seattle not long ago. I can’t say that I ever thought I’d one day end up living on a boat, but it just sort of happened.

Well, that’s not entirely true I suppose. This salty dog is largely to blame. 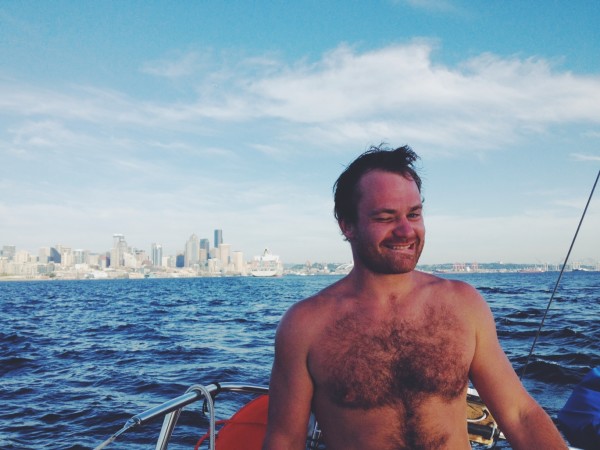 Anyways, now my mail goes to a P.O. box, and I spit my toothpaste into a sink operated with a hand pump, and the total estimated amount of minutes I’ve spent so far perusing a marine consignment shop is at least 120. Most days, this still all comes as quite a shock to me, but then that’s how I often felt while living in the magical house with everyone. I don’t question it anymore. 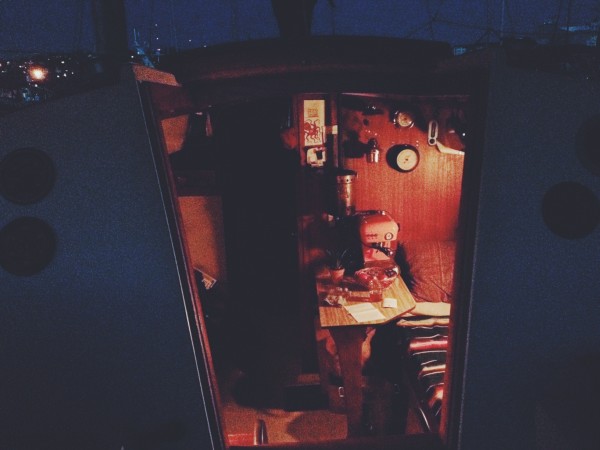 In the nighttime, when the sky is clear, I like to lay on the cement dock slip next to the boat and look up, or sit cross legged and watch the bioluminescence flickering like firebugs in the black water below my feet. When the water is glassy and calm, the world around the boat becomes a palindrome, the sky and sea each mirroring the other until they meet in the middle.

I’m a far cry from a sailor. There is so very much to learn, and mostly I’m still trying to understand how to read wind direction and figure out why you don’t use a jib during a jibe. When we’re out in the bay and the winds catch us good and make us heel far over, I still have to silence the inner voice that is screaming THIS IS NOT GOOD, THIS IS REALLY BAD.

In time, as they say. With practice. 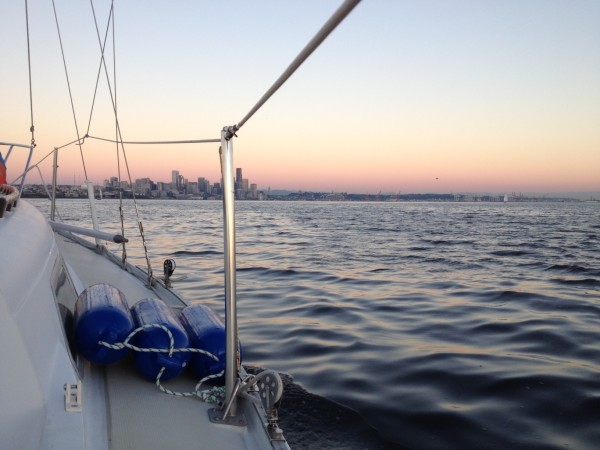 Maybe you are wondering what it’s like to have consolidated my belongings for the seventh time in four years, and to move into a home with not much more square footage of covered sittable, standable and sleepable space than my parents’ guest bathroom—and shared between two people. Are you actually comfortable, how do you cook dinner, where’d you put all your stuff?  you might ask.

I suppose I’ll have to elaborate on some of that in the future, but for now, the long and short of it is: Yes, very. With a stove and an oven and normal kitchen things. and Shelves, nooks, crannies, and the bins at the Goodwill.

The thing is, I’ve always been good at adapting, but this time it hasn’t taken any effort. Okay, I admit, the incident with the oven nearly exploding the other night is requiring some effort to muster courage for trying again. But whittling down my belongings into less, less, less felt good, made it easier to think. It’s a simple formula:

Doing this for the first time, this downsizing game, can be tough. So is the second and third. But it gets easier, and the rewards cannot be quantified. The other week, my cousin was lamenting the desire she often feels to just sell everything and take a backpack to the streets of the world, and I’ve been meaning to write a post about that too. Amy, if you’re reading this, keep scheming. Think of it as a plan in the works, rather than a dream to keep on the shelf. I’ll keep my spare pack waiting in the wings for you.

Because when it comes right down to it, life is best when kept unfettered and free. When what we count as our valuables aren’t lifeless objects who can’t hug you back. When we and our small collection of necessities are as migrant and instinctive as the wind. 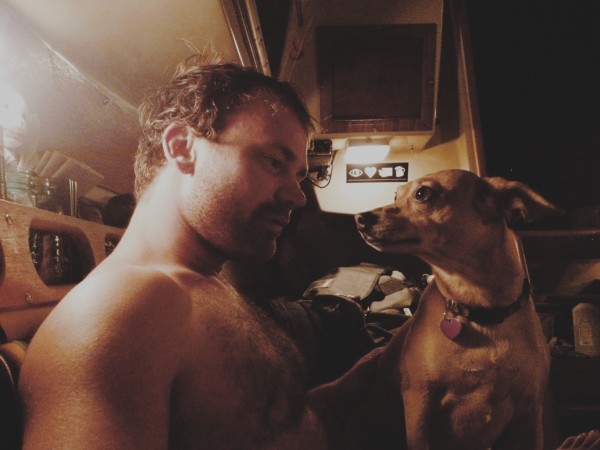 To Oregon, with love
Any road will do